FORGET Dangal and Chak De India. India's historic success at the Thomas Cup Finals could be the perfect script for a Bollywood sports underdog-does-the-impossible movie.

And you do not need to look far to find an actor to play the starring role.

Shuttler K. Srikanth, with his sharp, handsome and bearded face, his solid physique and amulets around his neck, is a shoo-in for the part.

And the star who helped make it all happen in Bangkok would not mind doing it again on the silver screen.

"Yes, our historic achievement here is perfect for a movie, but it will be better if my teammates and I act in the movie. It will be real because what we went through here is simply amazing," gushed Srikanth after his incredible performance to beat Jonatan Christie 21-15, 23-21.

India pulled off a spectacular show to dethrone defending champions Indonesia 3-0 and lift the Thomas Cup for the first time in 73 years.

And the 29-year-old Srikanth was the hero taking the second singles to deliver the winning point. 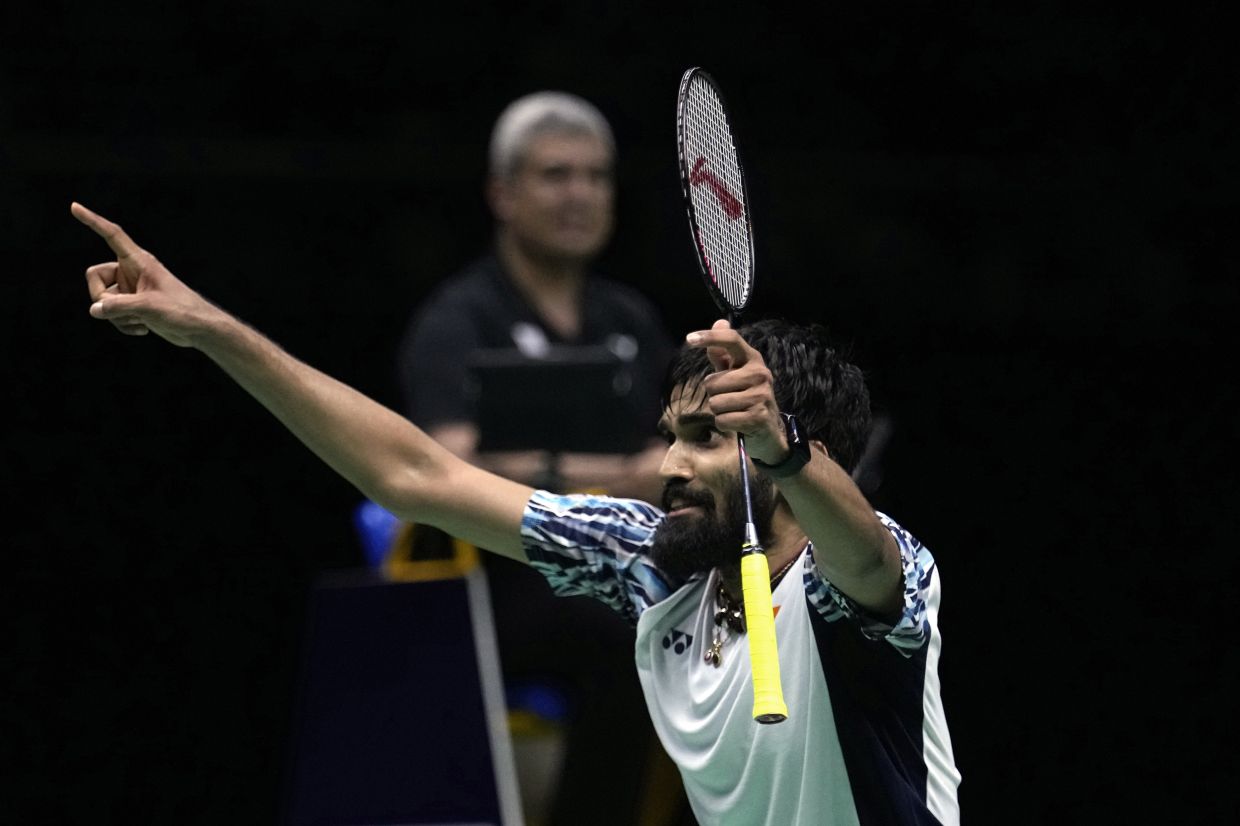 Before his stunning win, India had gotten off to a fantastic 2-0 lead through Lakshya Sen and Satwiksairaj Rankireddy-Chirag Shetty.

The 20-year-old Lakshya who came down with food poisoning on the day he arrived in Bangkok saved his best for the last. He beat Anthony Ginting 8-21, 21-17, 21-19 for his first win in this Finals.

Satwiksairaj-Chirag then hit Indonesia where it hurt most – their pride in the doubles – by destroying scratch pair Mohd Ahsan-Kevin Sanjaya 18-21, 23-21, 21-19 in 73 minutes.

Srikanth paid tribute to his teammates.

"After the team trials, we started a chat group, and the name of the group was named 'It's coming home'. It was drummed in our head and heart from the start," said Srikanth.

"It's a big win for us, we were really committed in the tournament, we pushed each other, backed each other and believed in one another.

"This is best team we have had, the entire team of players, coaches, the support team and the officials. Now, we will plan something great to celebrate this awesome victory," added Srikanth, who even received a phone call from their proud Prime Minister.

It has been a great journey for India.

Indonesia was their third big scalp after beating Malaysia 3-2 in the quarter-finals and Denmark by the same score in the semi-finals.Now, others will surely have to take notice of the Indians. Chak De (Go for it) India, indeed.

Srikanth doesn’t mind playing himself in potential film after Thomas Cup win have 711 words, post on www.thestar.com.my at May 16, 2022. This is cached page on Law Breaking News. If you want remove this page, please contact us.