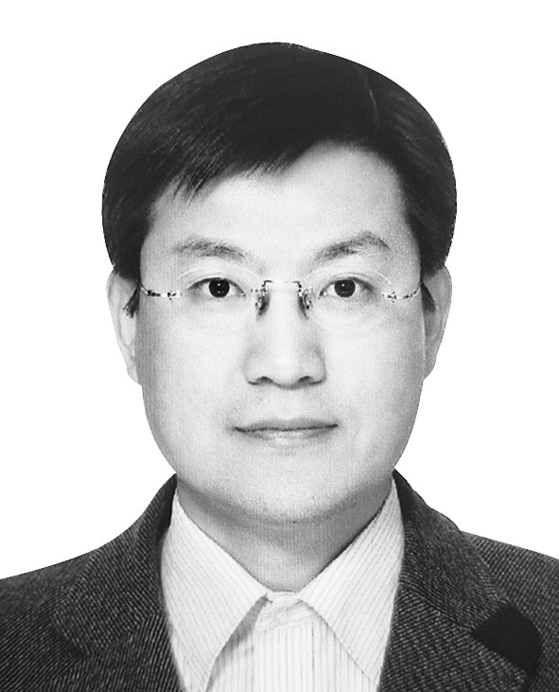 
I should have felt privileged to be invited to the inauguration ceremony for President Yoon Suk-yeol on May 10, but nevertheless I sat with a sinking heart for representing the victims of fraudulent Lime Asset Management.

The ceremony coincidentally was hosted by broadcaster Lee Jae-yong, who had also lost money from the Lime scam. Prime Minister Kim Boo-kyum, the last premier under President Moon Jae-in, read the opening address. He had been grilled during the confirmation hearing upon appointment about preferential treatment for his daughter and son-in-law. The two and their children placed money in a customized Lime fund, but, unlike other funds sold to retailers, theirs was an open one where they were allowed to take out their money and were saved from any loss when Lime went down. I had been called in at the confirmation hearing to testify as a victim of the fund's fraud.

Yoon in his inauguration speech stressed freedom, civilian rights and fairness. It could sound random and figurative to many, but it hit close to home. Over the last two years, I have been deprived of freedom. After losing a huge amount of money from the Lime disaster, my life has revolved around the National Assembly, prosecutors' office, police, lawyers' office and rallies. Freedom was a luxury. While stripped of freedom, I came to doubt whether there was fairness in this society. My heart raced every time the words "freedom and fairness" were mentioned by Yoon. I came to wonder if I could dream of freedom and fairness.

My freedom was killed on Oct. 10, 2019. I received a notice from Daishin Securities that I could not withdraw my money placed in a fund. Thousands of others like me suddenly became victims to a powerful financial scheme. The media estimates the losses at 1.6 trillion won ($1.3 billion).

As revealed later, investors like me did not know the product was the riskiest type of a fund as we believed the brochure by Lime that pitched it as a 5- to 6-grade fund, as safe as a bank deposit. But the media quoted an unnamed official from the financial sector saying investors were also liable, blinded by greed for putting their money in such funds despite the high risk. Such a condescending tone from the media rubbed salt in the wounds of the victims already devastated and betrayed by large financial institutions.

But we could not sit around sulking. Victims pored into legal textbooks and studied the Capital Market Act to get to the bottom of it. We collected evidence and put the pieces together one by one. We discovered there had been a secret fund that existed for the former prime minister Kim's family and Lime Vice President Lee Jong-pil. An administrative official of the Blue House and several influential figures under the Moon Jae-in government were also involved.

Victims began to realize the case was not a simple financial scam. Given the weight of the names of influential figures, we dreaded the investigation could be contained or manipulated. We feared we could never redeem our money. Victims could entirely rely on law enforcement authorities.

But the joint investigation team on financial and securities crimes headquartered at the Seoul Southern District Prosecutors' Office suddenly became disbanded in January 2020. The team comprised of experts from the Financial Services Commission, National Tax Service and others was institutionalized to address securities and financial crimes in 2013 and acted as the "death angel" squad of the financial district of Yeoui-do. But it was shuttered by former Justice Minister Choo Mi-ae who had been at war with then-Prosecutor General Yoon. The reasoning was to lessen the direct investigative powers of the prosecution.

The case was transferred to the general criminal division. The staffing naturally decreased. Investigation moved at snail's pace. Every time I visited the prosecution office, I wondered when prosecutors would get to our case amid the sea of files. The head of the southern district office of the prosecution was seated by someone loyal to Choo. There were talks that the Lime case would be swept under the rug.

How can such a mega-scale scam take place? And why are the schemers still free? Where has the all the money gone? The questions by victims remain unanswered. Although there is ample evidence of interference by powerful figures, the questions remain in the air since they have not been probed.

We raised hopes for impetus to the investigation after the governing power changed through the presidential election results in March. But the party commanding supermajority at the legislative pushed with bills to strip prosecution of investigative powers.

The securities company that has betrayed me has the help from major law firms. Some would say police can investigate the matter. But I disagree. Police hardly can handle the figures prosecutors had trouble with. I am doubtful that police could investigate thoroughly against powerful people related to the Lime case.

Under the Moon Jae-in government, we could not expect the minimum morality from financial companies, integrity and responsibility from financial supervisors, and conscience from politicians. Victims placed all their hopes in the law enforcement and judiciary authorities. Yet the former government crippled the prosecution and made it a zombie before a new government was launched.

We wish to see justice act on the delinquent financial institutions without self-corrective ability and people discreetly smirking by the demoralized prosecution so that victims can be finally relieved by redeeming their money. Thorough investigation on Lime case would be proof that a new era has opened.

Questions yet unanswered have 1081 words, post on koreajoongangdaily.joins.com at May 27, 2022. This is cached page on Law Breaking News. If you want remove this page, please contact us.