Mohamed Salah has dropped more hints about his Liverpool contract and strongly implied he wants to stay at Anfield – adding money is not everything when it comes to extending his stay on Merseyside.

The Premier League’s top scorer has been in negotiations with Liverpool for some time over a new contract, but an agreement has not yet been finalised with his existing deal due to expire next summer.

However, Salah, who turns 30 in June, has stressed the negotiations are not just about money. Speaking to FourFourTwo about whether he was confident his future would lie at Liverpool, he said: “I don’t know, I have one year left. I think the fans know what I want, but in the contract it’s not everything about the money at all. So I don’t know, I can’t tell you exactly. I have one year left and the fans know what I want.

FREE TO WATCH: Highlights from Liverpool’s win over Manchester United in the Premier League

“This club means a lot to me – I’ve enjoyed my football here more than anywhere, I gave the club everything and everybody saw that. I’ve had a lot of unbelievable moments here, winning trophies, individual goals, individual trophies. It’s like a family here.”

Salah seems confident he would still be at Liverpool next season regardless of whether a new contract was signed – not envisaging a move away from the club this summer. 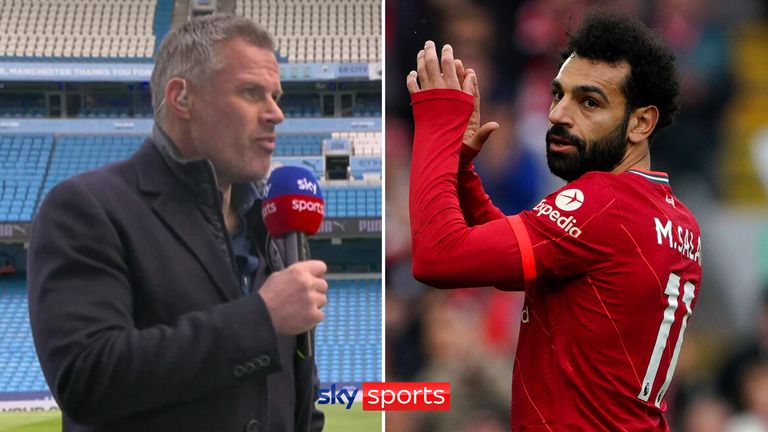 Salah also insisted he’s not concerned about going into the last 12 months of his current deal without a resolution.

“I’m not worried, I don’t let myself worry about something,” he said. “The season didn’t finish yet, so let’s finish it in the best possible way – that’s the most important thing. Then in the last year, we’re going to see what’s going to happen.”

Luis Diaz’s form since his January move to Liverpool has eased the pressure on Mohamed Salah’s contract situation at Anfield, according to Gary Neville.

Diaz has scored three goals and provided one assist in his eight Premier League appearances since joining the club from Porto on January 30, signing a five-and-a-half-year deal for an initial £37m – with the fee potentially rising to £49m.

The Colombia forward impressed once again in Tuesday night’s 4-0 demolition of Manchester United and speaking on The Gary Neville Podcast , Neville said the decision to go for Diaz in January was further evidence of Liverpool’s smart planning. Liverpool scored one of the best team goals of the season finished off by Mohamed Salah after the team put together 25 passes, with every player apart from Virgil van Dijk touching the ball in the move

He said: “The Carabao Cup final was the first time I had seen the lad live. He is playing off the left-hand side and I look at it from a right-back’s perspective, so I think I’ve got a pretty good eye about what I would have liked and what I wouldn’t have liked. And I thought: ‘Oh my God. What a player he is.’

“Diogo Jota has been a sensation from the moment he signed; the other two are world stars: Mo Salah and Sadio Mane. And Diaz looks like a star of the future which, actually, in some ways, takes a little bit of the pressure off the Salah situation, that they have got someone there ready to come in. That’s what great clubs do, they have a conveyor belt.

“What Sir Alex Ferguson did for many years was get the next one ready so that no one was holding the club to ransom. Great clubs don’t just build for three years, they have that next player to come in and that’s what Liverpool are doing here.”

To be rearranged: Southampton (a) Premier League, live on Sky Sports

May 10 – Aston Villa (a) Premier League, live on Sky Sports

Another Saturday, another chance to become a millionaire! Super 6. Play for free, entries by 3pm

Mohamed Salah contract: Liverpool forward says money isn't everything over extending his stay at Anfield have 1161 words, post on www.skysports.com at April 22, 2022. This is cached page on Law Breaking News. If you want remove this page, please contact us.