Chris J. Hanson was preparing to leave his beachfront hotel on the last day of vacation when his mind started malfunctioning in a rare and mysterious way.

As he put on a shirt, he told his wife, Bobbi-Jo, that he wished they'd spent more time on the balcony.

She was puzzled. He'd just been on the balcony, and they had eaten several meals there.

He did scare her. Afraid he was having a stroke, she rushed him to a Miami, Florida, hospital.

Every 15 seconds or so, he'd ask the same questions.

But the last six months were a blank, and he wasn't making any new memories.

He teared up when Bobbi-Jo reminded him that he had bought tickets to an Ultimate Fighting Championship event when they returned home to Colorado Springs, Colorado.

He didn't remember that either, a sign that something was very wrong.

Eight hours later, a doctor asked whether Hanson knew why he was in the hospital.

For the first time, he said yes.

Hanson not only remembered why he was there, he remembered that the doctor had asked before.

His earlier memories came back just as suddenly as they had vanished, but Hanson, now 51, still doesn't remember what happened during those eight hours. 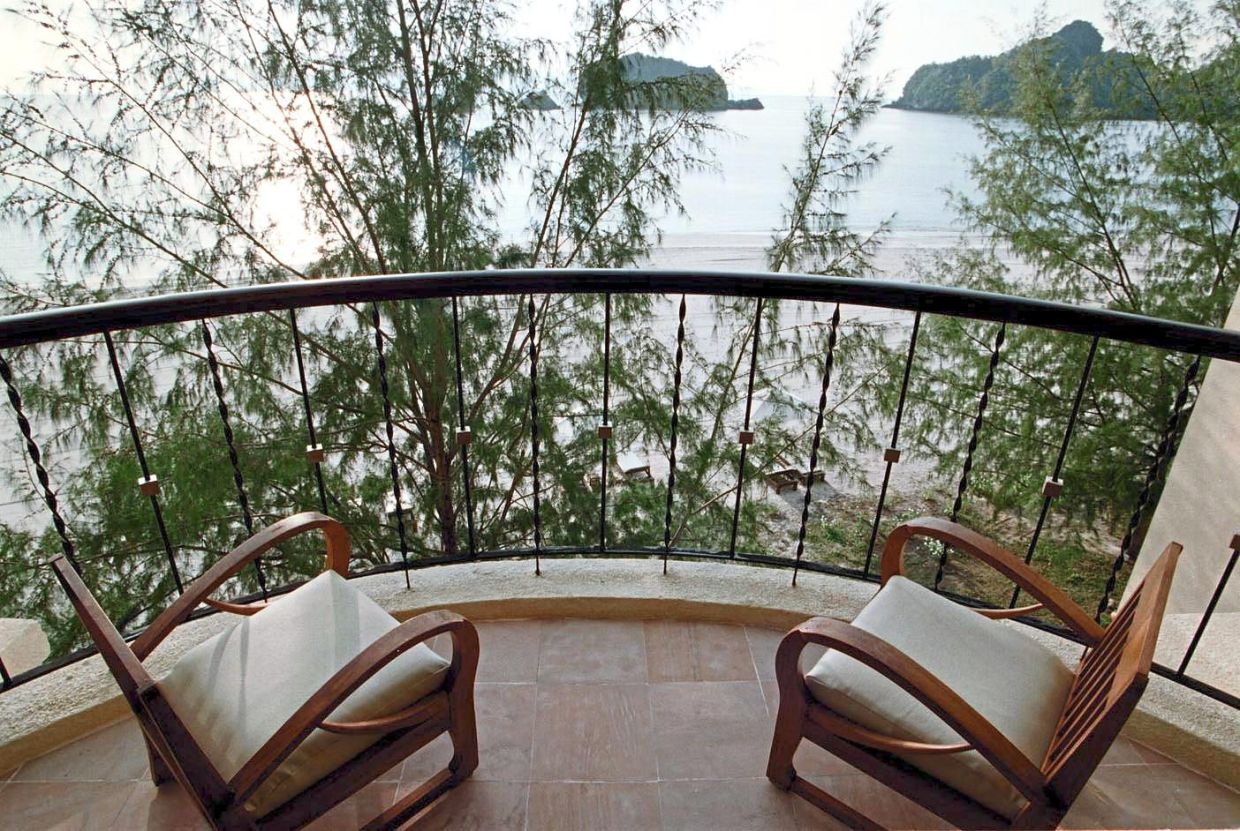 Hanson couldn't recall that he and his wife had spent a lot of time on their beachfront hotel balcony in Miami due to an episode of TGA. — Filepic (used for illustration purposes only)

It was unusual enough – about five to 10 of every 100,000 people are diagnosed with it each year – that Hanson's doctor brought some younger colleagues to crowd around his bed and ask him questions.

"They were extremely fascinated," Hanson said.

Doctors will tell you that it is rarely good to be a fascinating patient.

TGA though, is an exception to that rule, which is one of the things that neurologists like about it.

TGA does not seem to be a harbinger of worse things to come, and only 5% to 15% of patients have a second episode, said Dr Young, who has studied recurrent cases.

The bad news is that it's still very distressing for patients and families.

"It's always a frightening, disturbing event," he said.

Among the potential triggers are stress and strong emotions.

A recent study from a German academic medical centre found an increase in transient amnesia cases in the early days of the Covid-19 pandemic.

Between Feb 1 and May 15, 2020, the hospital saw 16 patients with the condition, compared with an average of 9.7 during that time period in the previous 10 years.

Dr Ralph Werner, one of the doctors involved in the study, said the numbers returned to baseline this year, possibly because the pandemic no longer seemed so frightening.

Neurologists in the United States said they were not aware of similar research in this country.

Beyond stress, TGA is associated with a strange assortment of possible triggers:

It is more common in people over 50 – the average age is about 62 – and often starts in the morning.

People who ‑ like Hanson ‑ have a history of migraines, are at higher risk.

While people with strokes usually have physical symptoms as well, some with amnesia are actually having strokes, so it's important to see a doctor.

Physicians have to rule out other neurologic problems before settling on the more reassuring TGA diagnosis. Sudden immersion in cold water – like these swimmers getting into icy water for the traditional New Year's swim in a lake near Vilnius, Lithuania – is one of the triggers for TGA. — AP

What am I doing here? Where was I going?

This may sound a lot like dementia, but dementia patients have broader problems with their thinking that develop gradually.

People with TGA know their names and their addresses.

They can still competently perform skills such as driving a car, hitting a golf ball, cooking or doing math problems.

They just can't remember what happened a few minutes ago.

The memory changes usually last four to six hours, Dr Young said, but can continue for up to 24 hours.

It's variable, but memory usually returns in a "piecemeal fashion", he said.

The condition is hard to study because it is so unusual and doesn't last long.

Patients are often seen in emergency departments and may not be seen by doctors who specialise in cognition until after the symptoms are gone.

Doctors said it's a shame they don't know more, because TGA could help them better understand other memory disorders.

He said it's not clear to him whether TGA is a single entity.

Drs Tzeng and Young also said it could stem from multiple causes, including temporary changes in blood flow to the brain, poor oxygenation of parts of the brain associated with memory, or disruption of electrical pathways.

Dr Gordon suspects that it has to do with the hippocampus, a part of the brain that decides whether to add something to long-term memory because it's interesting, important or emotionally meaningful.

There's plenty of stuff it decides you probably won't need again, such as most of what you saw du- ring 20 miles (32km) of monotonous highway driving. He thinks of TGA as a "pathological switching off of that saving mechanism".

Sometimes, patients with TGA appear to have had very tiny strokes near the hippocampus that heal quickly, he and Dr Tzeng said.

But people with similar symptoms do not have any visible brain damage.

Although most patients recover well, the emotional fallout can be significant.

TGA is "very disorienting", Dr Tzeng said. "Those few hours of time are lost to them.

"It's like a black box…. It can be very difficult to accept."

Richard Holl started the Transient Global Amnesia Project, which collects information about the condition, in 2017.

The Marathon, New York, local had an episode that year that lasted 27 hours.

He has not had a recurrence, but still has short-term memory problems, which he and the doctors said is unusual.

He said that TGA patients are always afraid that it's going to happen again.

"We say it's not life-threatening, it's life-changing."

For months, he tried to remember what happened when he had TGA.

"When I got back from the hospital, it really messed with my head," he said.

"When you lose eight hours of your memory, there's this nagging feeling you're missing something and your brain won't stop trying to remember."

He no longer trusted his memory to work.

"I would wake up in the middle of the night, and I would purposely recount the past day to make sure I could remember," he said.

"That went on for quite a while."

Because of the migraines and his stress level, his doctors were worried that he could be at risk for another bout.

They told him he needed to figure out how to reduce his stress.

About a year after he had TGA, Hanson's wife encouraged him to try fly fishing.

It was calming and quiet. There was often no cell service.

Hanson learned to live in the moment as he tried to outwit the fish.

His new sport made such a difference that he made a movie about it – and TGA.

Can you lose your memory for just a few hours? have 1656 words, post on www.thestar.com.my at January 22, 2022. This is cached page on Law Breaking News. If you want remove this page, please contact us.