President Joe Biden's administration is raising the minimum wage for U.S. federal workers to $15 per hour, according to guidance issued by the Office of Personnel Management (OPM).

The OPM guidance comes after Biden signed an executive order in 2021 directing the agency to issue recommendations for a $15 minimum wage. OPM noted in its report "that the vast majority of the 2.2 million Federal civilian employees are already earning a pay rate of at least $15 per hour," but still "developed a roadmap" for agencies.

Biden's executive order, signed in April, focused on increasing the minimum wage for federal contractors from $10.95 an hour. The president touted the move as one that "enhances worker productivity and generates higher-quality work by boosting workers' health, morale, and effort; reducing absenteeism and turnover; and lowering supervisory and training costs."

OPM's guidance, published Friday, orders all executive branch agencies and departments to increase pay for U.S.-based employees to a minimum of $15 per hour by January 30, 2022. 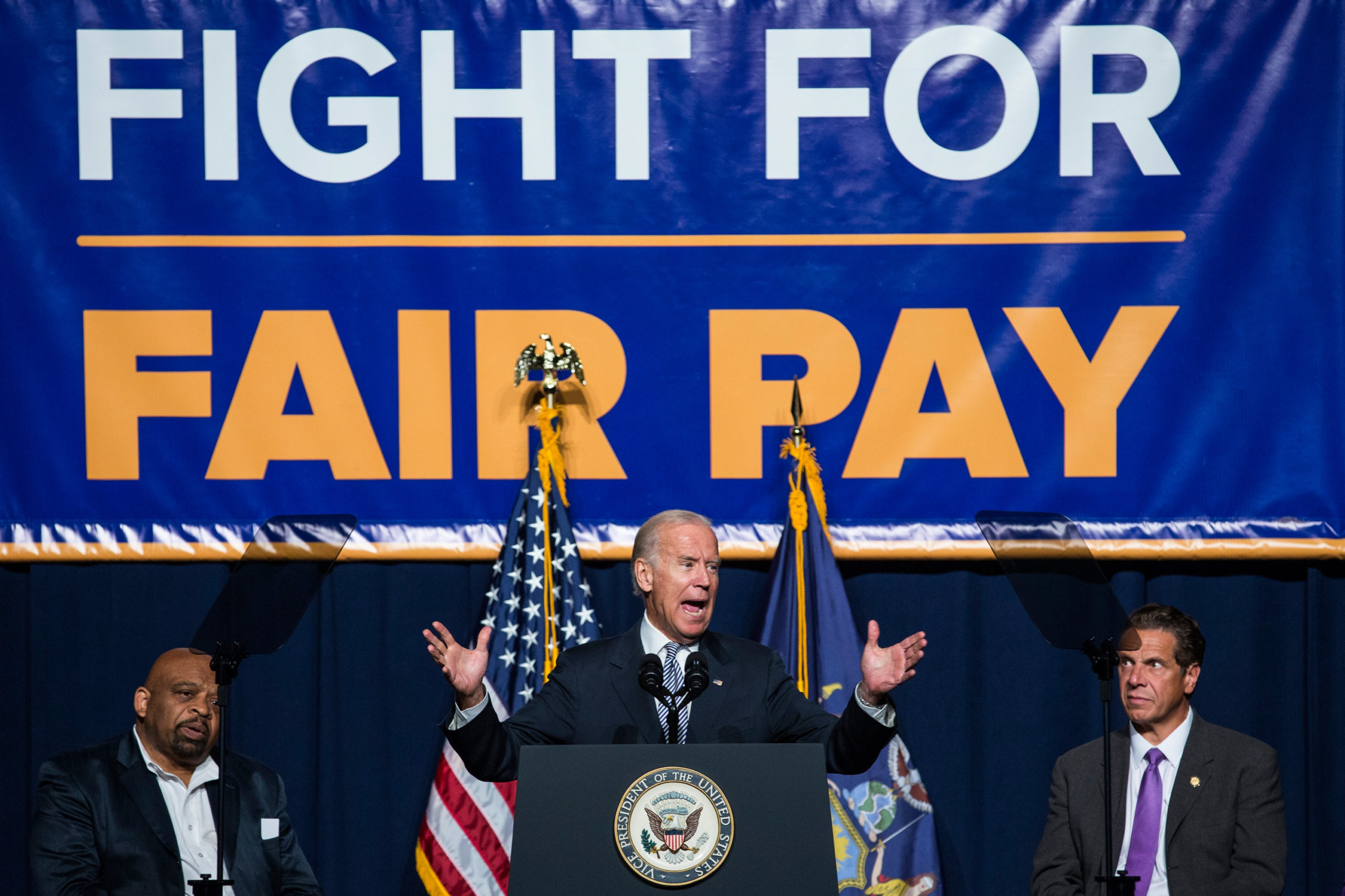 NEW YORK, NY – SEPTEMBER 10: Then-U.S. Vice President Joe Biden (C) speaks in support of raising the minimum wage for the state of New York to $15 per hour on September 10, 2015 in New York City. Biden said he would like to see the federal minimum wage risen to $12 per hour. (Photo by Andrew Burton/Getty Images)

While many federal employees already make above the new minimum wage, the policy will still affect thousands across the country, according to OPM. Around 56,000 Department of Defense (DOD) employees, 130 woodland firefighters, nearly 4,000 custodial workers and more will see a change in pay because of Biden's order, Axios reported .

In total, almost 70,000 federal employees will be affected by the new guidance. OPM Director Kiran Ahuja praised the move, noting that the federal government's decisions will impact other workforces.

"Raising pay rates across the federal government to a minimum of $15 per hour reflects our appreciation for the federal workforce and our values as a nation," Ahuja said according to Axios.

The minimum wage is not just increasing for federal workers. Twenty five states plan to increase their minimum wage by the end of 2022, according to data from the National Employment Law Project. (RELATED: 'Recipe For More Shuttered Businesses': Small Businesses Speak Out Against Minimum Wage Hike)

Biden Admin Increases Minimum Wage For Federal Workers To $15 An Hour have 591 words, post on dailycaller.com at January 21, 2022. This is cached page on Law Breaking News. If you want remove this page, please contact us.