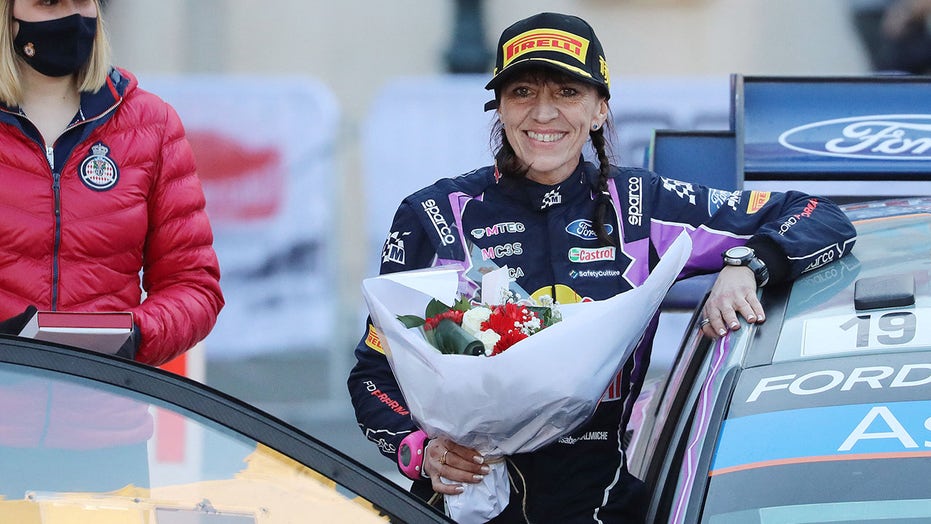 The 2021 Ford Mustang Mach-E GT aims to be an electric muscle SUV. Ride along as Fox News Autos editor Gary Gastelu takes it for a spin.

The numbers are impressive.

With the win, the Frenchwoman became the first female to score points in the series since 1997, while her compatriot Loeb, 47, set a record as the oldest driver to win a world championship round. It was also Loeb’s record-tying eighth Monte Carlo win and 80th overall career victory, extending his all-time record.

Galmiche is expected to return to work as a math teacher on Tuesday. (VALERY HACHE/AFP via Getty Images)

Loeb, a nine-time WRC champion who retired from full-time driving in 2012, was competing in a one-off event for Ford at the season-opening race with Galmiche as his navigator during the four days of racing. The team took the lead on the penultimate stage when the car of leader Sebastien Ogier suffered a puncture.

The win was Galmiche’s first in seven WRC outings over the years, according to Automundo , but she’ll be back to work in school on Tuesday, where her students were previously unaware of her double-life.

“I haven't talked about it too much, but I think when I come back everyone will know! I don't know how they're going to react,” she told Top Gear.