The "parabellum" in the title of John Wick: Chapter 3 comes from the Latin Si vis pacem, para bellum — translation: If you desire peace, prepare for war , a line spoken by one of the movie's great character actors. As effective as that line is, though, my favorite is a much simpler one that comes from our hero, John Wick (Keanu Reeves), when he's asked, "What do you need?"

If the line sounds familiar, it comes from what is arguably Reeves' most famous movie, The Matrix (1999). But America was a different place 20 years ago, there were no Democrat presidential candidates promising to take away our Second Amendment rights and imprison us using fascist executive orders; there were no cable news outlets spreading fake news in a desperate effort to disarm us. In 1999, the line sounded blunt, utilitarian; today it sounds, smells, and feels like freedom — like what art should be: a finger in the eye to the stuffy establishment.

JW3 picks up about ten minutes after where JW2 left off. Our heroic dog lover is "excommunicado" and on the run with a $14 million bounty on his head. That means everyone in Wick's ever-expanding Wikiverse of lethal assassins is out to take his head … which is fair. Wick broke the rules; Wick knew the consequences, and should consider himself lucky Winston (Ian McShane), his last friend in the world and proprietor of the Continental Hotel (announcer voice: a luxury hotel where assassins can take a timeout ) gave him an hour head start.

But back to "rules" and "consequences" for a bit… Thematically, that's what JW3 is about. As we discovered in JW2 , this franchise's lovingly crafted and detailed assassin underworld is ruled by The High Table and The High Table has kept the lid on the chaos and nihilism that comes from the killing-people-profession with firm rules backed up by ruthless consequences.

But when you're talking about people — and if nothing else assassins are still people — that kind of black and white approach, especially in the modern world, is difficult to abide by. What about our humanity, our loyalty to friends, or if we've given another person our word?

To escape his inescapable situation, Wick is time and again forced to appeal to a higher loyalty, which means those who agree to help him, no matter how grudgingly, face a visit from the Adjudicator (Asia Kate Dillon) and her badass ninjas. The Adjudicator represents the interests of The High Table and The High Table's only concern is to restore order through punishment and "fealty."

Wick can only hide for so long, though, can only kill so many bounty hunters before one or five or 25 or 50 get the better of him. His only hope, then, is to take his appeal above The High Table, which means a trip into a vast desert and, ultimately, an impossible choice.

Chad Stahelski, Reeves' stunt double in The Matrix , has directed all three chapters, knows exactly what his audience wants, and understands what made his star a star. There is something unknowable about Reeves, an impenetrable reservoir beneath that Valley Boy voice that gives his screen presence the kind of depth that can't be taught in acting class. And then there is Reeves' second-to-none athleticism, his ability at age 54 to move like a mash-up of Fred Astaire and Bruce Lee.

Best of all, Stahelski is taking the action backwards, going retro, all in a good way.

You see, whether it's the Matrix or Star Wars or even Marvel, each of those franchises have eventually lost their foundation (and by extension, their sense of peril) with the introduction of too much magic and mysticism. Neo can fly now! Luke can transport himself to another planet with Superman's powers! Doctor Strange can reverse time! Captain Marvel shoots a light out of her hands that can do anything!

JW3 still has plenty of gunplay, but this one is mostly a martial arts movie, especially those fantastic first 30 minutes where Wick is without a firearm and all of New York is bearing down. 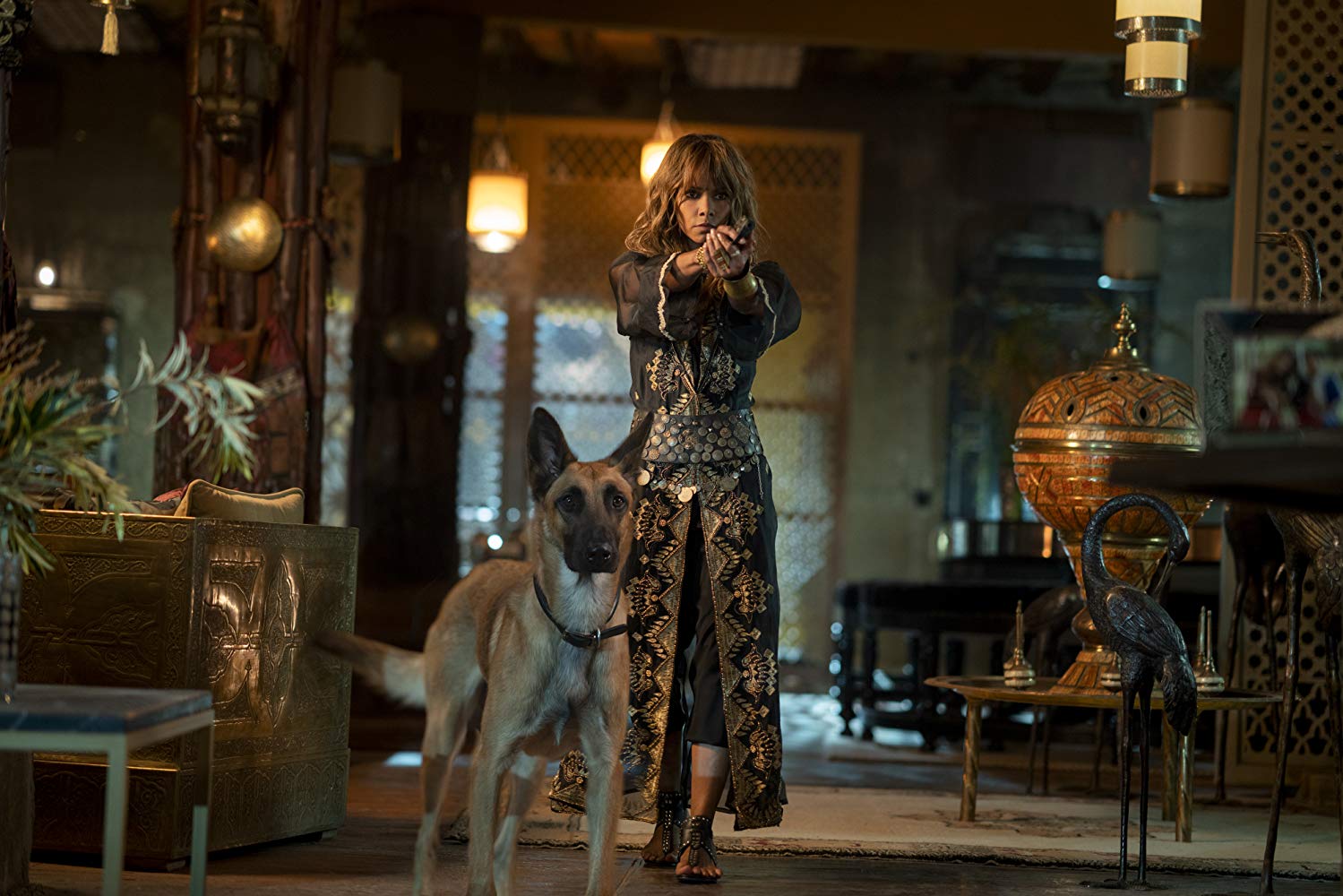 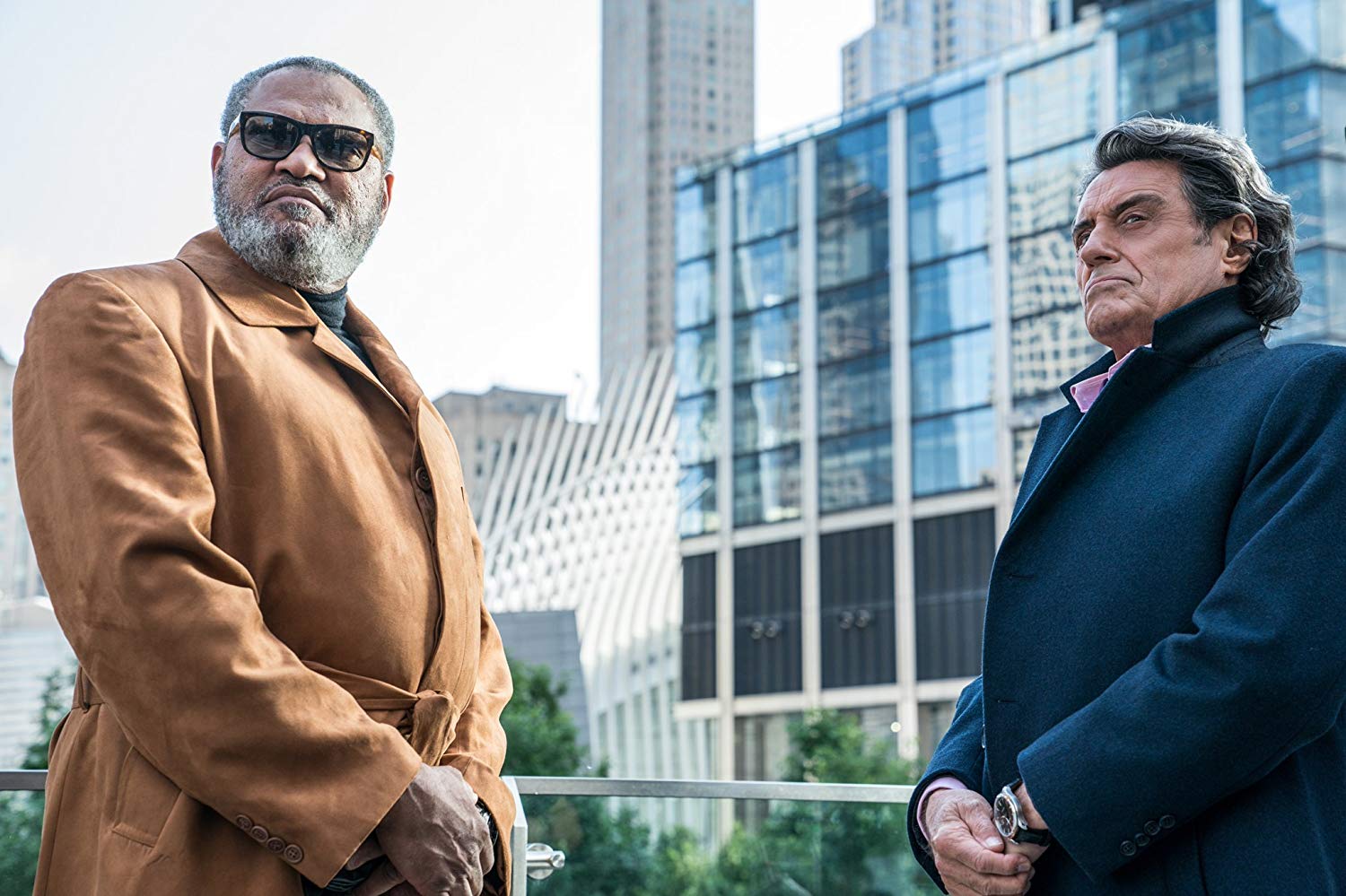 Like a good sequel must, JW3 aims for bigger and badder, but rather than bigger guns and badder explosions, the movie keeps a promise made by an early glimpse of Buster Keaton: a kinetic approach that has no use for editing tricks or CGI (other than muzzle flashes and blood spurts).

Best of all, unlike the dreadful Bourne movies, which spawned the demonic shaky cam and a blender-set-on-puree editing style where no one can see a damn thing, Stahelski doesn't cheat. You are treated to long takes of incredibly-choreographed fight sequences that don't end until your jaw hits the floor.

Now… No need to worry my fellow gun nuts, there's still plenty of firepower, especially in the grand finale. But the most fun comes from the swords, horses (horses!), and groin-grabbing dogs who move like they're still out to avenge Wick's doomed puppy.

Nothing, though, tops an early knife fight in a tight corridor that is as thrilling as it is audaciously funny.

The cast is uniformly superb. McShane and Laurence Fishburne (the Bowery King) leave just enough scenery unchewed for Anjelica Huston's Director to get a piece. No one, though, is more welcome than Halle Berry, who plays Sofia, one of the unfortunates who owes Wick a favor. Unlike her appearance in the Kingsman franchise, where she seems to be waiting around for a better movie role, JW3 serves up Berry's best role since, well, maybe ever.

In most cases, when a woman gets in on the action, you have to suspend disbelief to believe a 105 pound female can take on a platoon of hurly-burly men. As diminutive as Berry is, and as good she fills out those leather pants, I still bought her every move, head shot, and bone break. You can tell she trained every bit as hard as Reeves, and it shows, especially in those long takes where no cheating is allowed.

Don't ask me if JW3 is better than its predecessors. That answer requires the benefit of time. All I know is that I can't wait to see it again.

'John Wick 3 -- Parabellum' Review: Exhilarating Martial Arts Classic have 1281 words, post on www.breitbart.com at May 17, 2019. This is cached page on Law Breaking News. If you want remove this page, please contact us.