Kerry will be leaving on Friday, August 8, on a six-day trip to Myanmar, Australia, the Solomon Islands and Hawaii. The top US diplomat plans to spend three days attending the ASEAN Regional Forum, the East Asia Summit ministerial, US-ASEAN, and the Lower Mekong Initiative meetings. He will also meet with Myanmar government officials and hold several bilateral meetings on the side. His final stop in Asia will be at Honiara, the capital of the Solomon Islands, for World War II commemoration ceremonies at Guadalcanal.

A priority for Kerry will be to lower tensions as his visit comes at a time where several Southeast Asian countries are involved in disputes with Beijing over parts of the South China Sea. Although China’s recent withdrawal of an oil rig from waters also contested by Vietnam has helped reduce tensions, there are still many unanswered questions about Beijing’s long-term strategy in the region. China claims 90 percent of the South China Sea, which is believed to contain oil and gas deposits.

During the ASEAN Forum, the Philippines – a close ally of the United States – is expected to propose a three-part plan to freeze all activity that raises tension over disputed waters. But Vikram Nehru, an expert on Southeast Asia at the Carnegie Endowment for International Peace, says in a DW interview that the plan has no chance of success as Beijing has rejected not only a freeze on construction activities in the South China Sea, but also the application of international arbitration.

DW: What are some of the key issues on US Secretary of State John Kerry’s agenda during his visit to the region?

Vikram Nehru: Kerry’s main objective will be to underscore US commitment to the region and engage Asia’s multilateral institutions to demonstrate the positive role the United States can play in supporting peace, prosperity, and stability in the region. 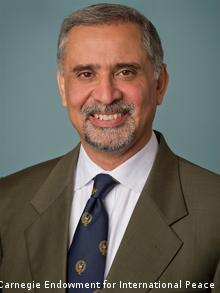 Nehru: “The Philippines’ ‘triple action’ plan has no chance of success”

These meetings will likely focus on a host of issues including measures needed to reduce tensions in the South China Sea; US support of the region’s development initiatives; Thailand’s military coup; progress in establishing the ASEAN Economic Community scheduled for end-2015; and policy issues affecting US business interests in the region.

Kerry is also visiting Myanmar and later Australia and the Solomon Islands. What issues will be addressed?

The Secretary of State’s bilateral meeting with the Myanmar authorities will cover the country’s political and economic reforms, as well as such sensitive issues as the continued persecution of the Rohingya community and the imprisonment of five journalists for ten years each.

Kerry will then go on to Sydney, where he will be joined by US Defense Secretary Chuck Hagel and high ranking US military officials to participate in the annual Australia-United States Ministerial consultations.

Here the focus will be on security cooperation, although other regional issues will no doubt also be discussed, especially relations with China and the future of the Trans Pacific Partnership, which has run into some heavy weather in Washington. His final stop in Asia will be on August 13 at Honiara, the capital of the Solomon Islands, for World War II commemoration ceremonies at Guadalcanal.

What will Kerry’s main goal be at the ASEAN foreign ministers meeting?

A key goal for Kerry in all his meetings will be to find common ground among meeting participants on what actions can be taken to reduce tensions in the South China Sea. This is a tall order and one should temper any expectations of a breakthrough.

Japan shifting investments from China to ASEAN Japanese companies are shifting their investments away from China and increasingly setting their sights on the ASEAN region as a result of growing tensions between the two Asian powers, analyst Rajiv Biswas tells DW. (25.07.2014)
Japan-ASEAN ties ‘may stabilize balance of power’ With tensions rising in Asia over China’s growing assertiveness, Japan has vowed to play a larger role in regional security. Analyst Zack Cooper explains how the move may help neighboring countries defend the status quo. (30.05.2014)
China’s maritime disputes: ‘Fear, honor and interest’ The East and South China Seas are the scene of escalating disputes. IISS analyst William Choong talks to DW about China’s drive for territorial expansion and what adjacent powers can do to de-escalate tensions. (26.05.2014)

For example, Kerry is likely to propose a freeze on any “provocative” actions in the South China Sea – leaving it to the claimant states to decide what actions are considered provocative. But China has already rejected such an approach, arguing that this would interfere with ongoing discussions on a code of conduct for the South China Sea and indicating its intention to continue with construction activities.

Moreover, ASEAN itself is divided on what stance to take with regard to the South China Sea. There are some – such as Vietnam and the Philippines, both claimant states with a direct interest in the South China Sea – that, like the United States, are actively seeking voluntary, confidence-building measures to de-escalate the situation and promote stability. But there are others, such as Laos and Cambodia, and to a lesser extent Thailand and Malaysia – even though the latter has overlapping claims with China in the South China Sea – , that are unlikely to support any proposals that may antagonize China.

What are these steps likely to be and how likely is it that they will work?

The main Southeast Asian claimant states would be willing to consider a freeze on any actions that may change the status quo in the South China Sea. Such a proposed freeze would cover any new seizure of territory, construction of buildings, ports, airstrips, radar or other military facilities, reclamation of land, and establishment of military or civilian outposts.

But such a freeze has already been rejected by China, and its reiteration at the Myanmar meetings will not change that position. Yi Xianlang, Deputy Director General of the Chinese Foreign Ministry’s Department of Boundary and Ocean Affairs, stated recently that “the Spratly Islands are China’s intrinsic territory, and what China does or doesn’t do is up to the Chinese government.” 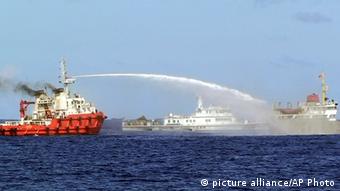 Vietnam and the Philippines are both claimant states with a direct interest in the South China Sea, says Nehru

It should be noted here that at the end of June 2014, China published an official map that showed most of the South China Sea, bounded by a new ten-dash line, as part of China. China has also explicitly rejected the involvement of the United States in the South China Sea issue, arguing that this issue could be resolved by the countries directly involved.

What lies at the core of the Philippines’ “triple action” plan?

The plan refers to actions that could be taken immediately, followed by actions in the intermediate period, and then actions that would finally settle the underlying cause of the dispute – namely the disputants’ overlapping claims in the South China Sea.

It suggests an immediate moratorium on all activities that may change the status quo in the South China Sea and a more concrete definition and strict adherence of paragraph 5 in the Declaration of the Code of Conduct. In the intermediate period the plan calls for an expeditious approval of a final code of conduct that would govern interstate relations in the South China Sea; and in the last stage, it aims at a resolution of the underlying cause of the dispute through international arbitration within the framework of the United Nations Convention on the Law of the Sea (UNCLOS).

How do you assess the plan’s chances of success?

The triple action plan has a snowball’s chance in hell of success. 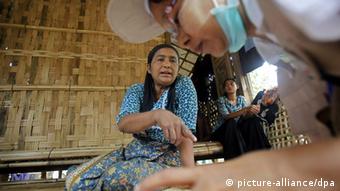 In Myanmar, Kerry will address the country’s political and economic reforms, as well as the continued persecution of the Rohingya community, says Nehru

China has not only rejected a freeze on construction activities in the South China Sea, it has, for a long time, rejected the application of arbitration on the grounds that its claims are not in dispute and that any discussions should be held bilaterally with the other countries directly involved.

China has also not been in any hurry to finalize the Code of Conduct in the South China Sea, arguing that it should be the result of consensus while keeping “the comfort of all parties in mind.” Beijing also does not wish to see any “interference” from outside parties, referring indirectly to the United States, and has condemned previous US efforts to raise the issue in ASEAN meetings.

Vikram Nehru is a senior associate in the Asia Program and Bakrie Chair in Southeast Asian Studies at the Washington-based Carnegie Endowment for International Peace.

Kerry seeking common ground within a divided ASEAN have 1663 words, post on www.dw.com at January 6, 2014. This is cached page on Law Breaking News. If you want remove this page, please contact us.